My visit with Coach Lower 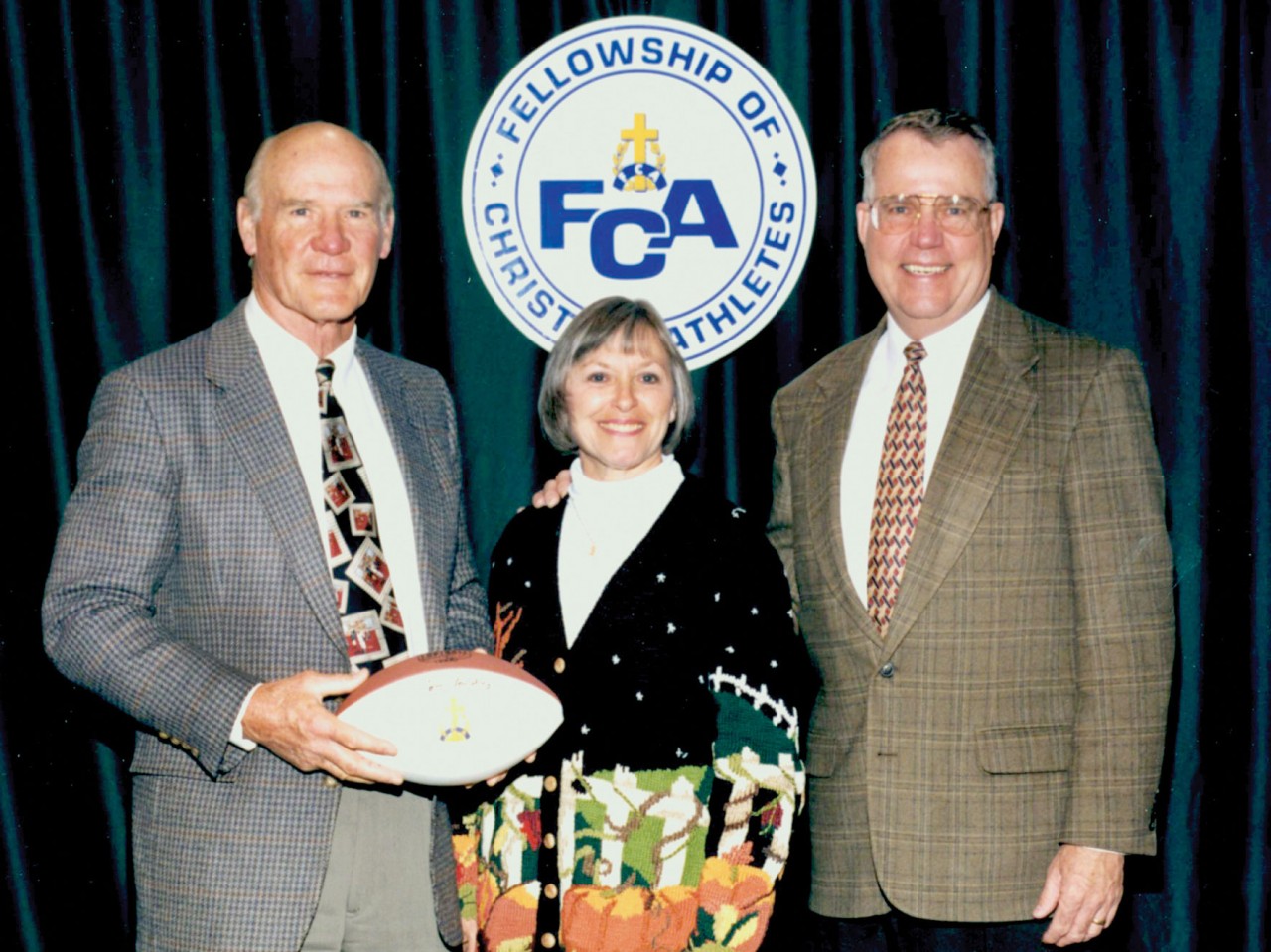 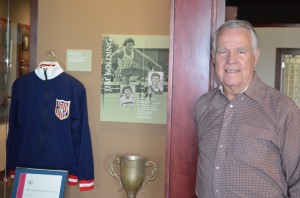 I had a wonderful experience recently. I took a tour of the Oklahoma Sports Hall of Fame on Lincoln Blvd. in Oklahoma City. Growing up in Oklahoma and being a sports enthusiast, this was right up my alley.

I also had an extra treat with Gary Lower as my own personal tour guide. I have gotten to know Lower in the past year, as we both are members of Oklahoma City, Quail Springs. He has been a good source for me for coming up with people I interviewed for feature stories. If you have read many of my articles on sports personalities over the past year, a good portion of them were because Lower suggested to me to do a story on them, and so far, he has given me some good suggestions.

So on this beautiful day in the month of May, I met Lower at the Hall of Fame, and we slowly walked through the building looking at artists’ renderings of the many famous Oklahoma athletes. Whichever athletes come to your mind, I can assure you, we saw their picture on a wall, and if Lower had a story to tell about any them, he would share. And the stories were quite interesting. I am definitely more educated because of this visit.

So how does Gary Lower know so many Hall of Fame athletes? For 26 years he worked with Fellowship of Christian Athletes, starting as a regional director and advancing to vice president of the largest sports ministry in the world. He has taken numerous athletes around the globe for competition and ministry opportunities, and he has met famous sports personalities who have spoken at different FCA events.

Though he is well-connected and well-informed, he also is well-liked. Actually, he is well-loved. Before his time with FCA, Lower coached track and field for 16 years with stops at Northeast High School and U.S. Grant High School in Oklahoma City and then at the University of Oklahoma. 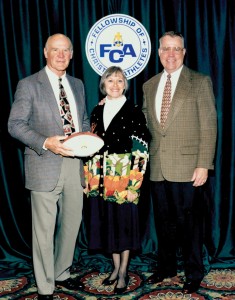 Even today, Lower will tell you he loved coaching. One thing that bothered him when he hung up his whistle was that people would be calling him Mr. Lower instead of Coach Lower. “I’m not a mister! I’m a coach!” he told me, reflecting on how troubling the title change was for him.

The best way to describe Lower’s passion for coaching comes from a 1975 article in the Oklahoman, written by Bob Hurt. “Coaching isn’t a job. It’s more a calling. Coaching isn’t a profession. It’s more of a love affair with the enthusiasm of youth—an enthusiasm possible only when one is doing something he genuinely likes.

Hurt’s article was written soon after Lower announced his coaching days were over, but the piece ends with Hurt writing “I’ll bet he’s back in full-time coaching in two years.” Fortunately for FCA, Hurt lost that figurative bet.

Even though Lower had a great influence through his FCA years, he will still go back to his coaching days and reflect about his time of training, encouraging and loving his athletes. One of his stories he shared with me at the Hall of Fame involved one of his favorite athletes, Jim Bolding. 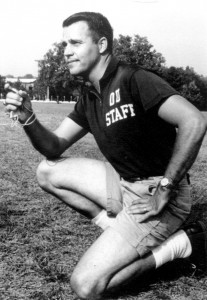 Bolding was a hurdler for Lower’s track team at U.S. Grant, before he went to Oklahoma State University then went on to be a world record holder in intermediate hurdles in 1974. Lower shared a moving story about Bolding battling cancer. At first, Bolding had the disease beat. He visited his high school track coach when he appeared to be victorious, and he gave Lower his gold medal. Lower couldn’t believe Bolding would give it to him. He fought it at first, but Bolding insisted and left Lower’s house with the coach holding the medal in his hand.

A few years later, Bolding had a son. At the time of his son’s birth, Lower returned the gold medal and said for Bolding to give it to his son. The cancer eventually returned, and Bolding passed away in 2011.

This is just one of many stories Lower shared in our three-hour visit. When I asked him what advice he would give to coaches today, he replied with passion, “Love your kids!” He said he never coached a bad kid, some were just more ornery.

I appreciate the time I spent with Lower at the Oklahoma Sports Hall of Fame, and I especially appreciate the lesson on loving and influencing others. Coaches and non-coaches alike could gain much wisdom from following Lower’s example.