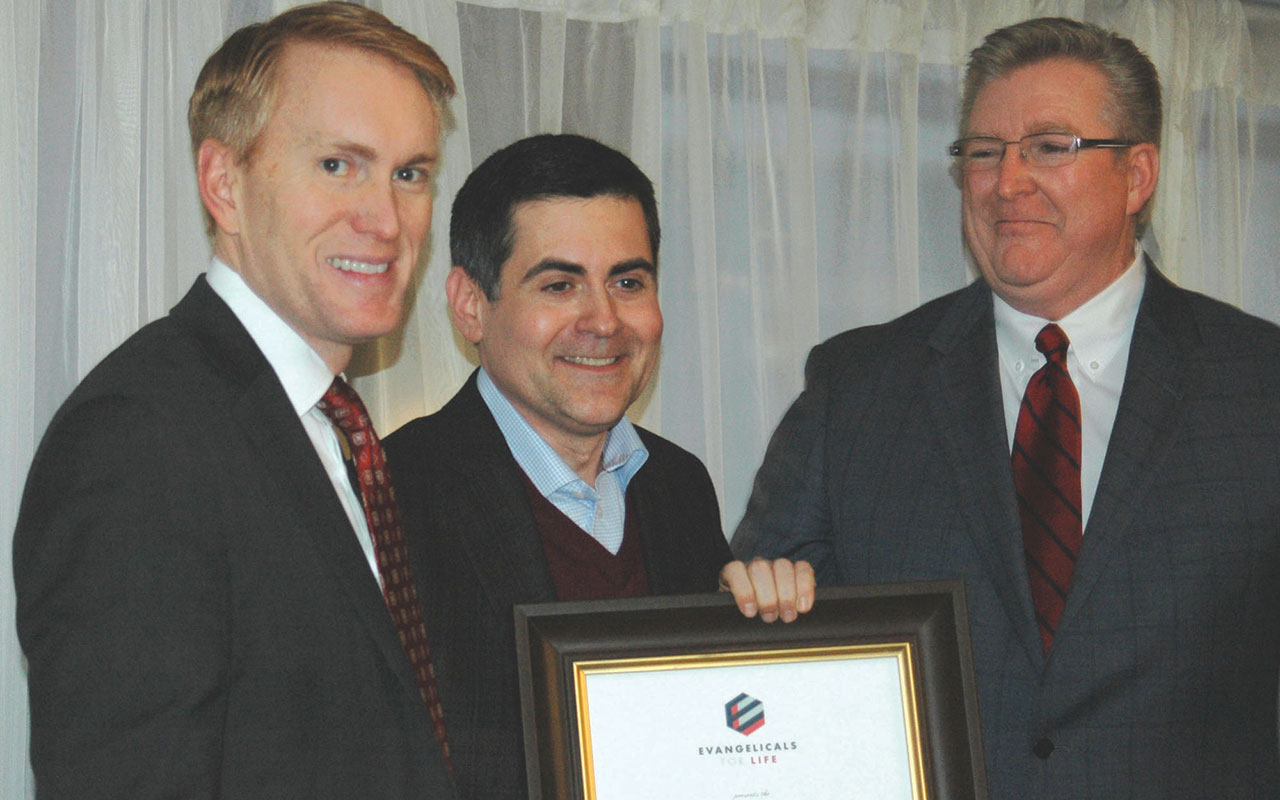 WASHINGTON (BP)—Russell Moore, president of the Southern Baptist Convention’s Ethics & Religious Liberty Commission (ERLC), along with Jim Daly, president of Focus on the Family, presented awards to three pro-life leaders: Sen. James Lankford (R-Okla.), David Platt, and Charmaine Yoest for their tireless advocacy in support of the dignity of life.

In presenting the Pro-Life Advocacy Award, Daly said, “These are the people getting up every day eating and breathing the pro-life message.”

Lankford received the 2016 Pro-Life Public Service Award for his work on the Senate floor to protect human life at all levels, his Christian witness and efforts to enact federal legislation that respects human dignity.

Platt, president of the International Mission Board, was awarded the Pro-Life Pastoral Leadership Award. Moore called Platt an “obvious” choice for such an award, commending Platt for faithfully preaching on issues regarding human trafficking and human dignity, as well as his leadership in advancing the Gospel, and making disciples around the world.

Yoest, president and CEO of Americans United for Life, acknowledged, “This is deeply meaningful for me.”

Americans United for Life is believed to be the first national pro-life organization in the nation. Yoest is a former advisor for Mike Huckabee when he ran for president in 2008 and policy analyst at Family Research Council from 2005-2008. She has worked with legislators at the state and national levels to pass legislation supporting the respect of human dignity. She opposed the nomination of Supreme Court Associate Justice Elena Kagan and called for an investigation into alleged discrepancies in Kagan’s testimony regarding partial birth abortion.

Moore called the recipients “heroes,” striving to promote the dignity of all human beings.

“They have worked in their various contexts tirelessly for the recognition that human beings are made in the image of God and that human rights are intrinsic, not delegated by others. I’m glad three leaders of this caliber are the first to receive these Evangelicals for Life awards.”