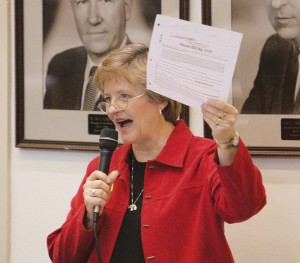 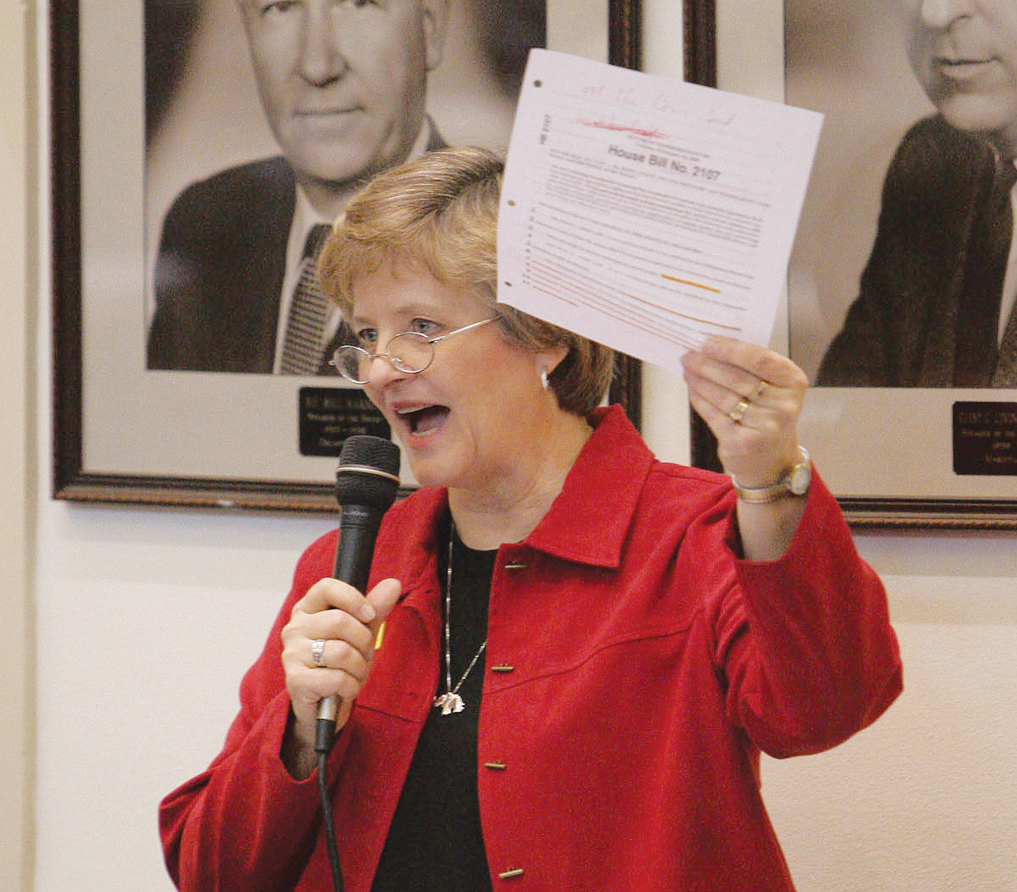 Sally Kern is first and foremost a pastor’s wife. But she is also a member of the Oklahoma House of Representatives, and concerned about the future of our nation and its religious freedoms.

As such, Kern will join an array of speakers at the second annual Reclaiming Oklahoma for Christ Conference at Hardeman Auditorium on the campus of Oklahoma Christian University in Edmond July 14.

“The conference is designed to encourage pastors to get engaged in the cultural war,” said Kern, who is the wife of Steve Kern, pastor of Oklahoma City, Olivet. “The Bible says we are to be salt and light, and I don’t believe that is just in the church.”

Kern said, as a pastor’s wife, she knows the most important thing is for a person to have a personal relationship with Jesus, but “if we don’t live in a society favorable to faith, we won’t be able to share the gospel message.”

She said she believes the world is becoming antagonistic toward the Christian faith.

“If God’s people don’t get involved, we will lose the freedom to open our doors and share our faith,” she admonished. “We will be limited in what we can do. There are things going on in this country where people’s Christian faith is being challenged.”

Reiterating that this country was founded on biblical principles, Kern said if the church today doesn’t learn the true meaning of the first amendment instead of a distorted view of separation of church and state, Christians are going to lose religious freedoms.

“Our founding fathers wanted to separate the institutions of church and state, but never intended to separate faith from the public square,” she said. “Politics definitely influences our everyday lives. Our beliefs should be influencing society.”

Kern said she never thought she would be serving in the state legislature. She was happy being a pastor’s wife and a high school teacher.

But one day in her government class, she was teaching about political campaigns.

“The prevailing attitude of the students was that all politicians are rich and crooked,” Kern related. “For some reason, I said, ‘Mrs. Kern may run for the legislature some day, and you know she is honest and certainly not rich.'”

That thought stayed with Kern, and although she fought it, she began to pray and knew God wanted her to run for a house seat.

“When we moved here 11 years ago, we bought Rep. Bill Graves’ house,” she said. “Someone at church said, ‘You moved into one house of his, maybe it’s time you moved into the other.'”

Kern said she was told the best campaigning was to knock on doors, so she started knocking on doors a year before the election. She developed her own campaign literature, did her own mail outs, and said she expected to run, lose and be a much better teacher.

But she came in first in the primary, won the run-off and the general election in 2004. In 2006, she ran unopposed.

Joining Kern on the Reclaiming Oklahoma for Christ program will be Michael Chapman, founder of American Heritage Research; Joe Wright, pastor of Central Christian Church in Wichita, Kan., and famous for the prayer he offered in the Kansas State Legislature; Bill Federer, president of Ameristar, Inc., a publishing company dedicated to researching Americans’ noble heritage; Gary Cass, executive director of the Center for Reclaiming America; Reza Safa, a Shiite Muslim from Iran who committed his life to Christ; Hiram Sasser, director of Litigation for Liberty Legal Institute, and Peter Marshall, son of Senate Chaplain Peter Marshall and author Catherine Marshall and an authority on America’s Christian heritage.

Kern said she hopes not only pastors, but also others interested in preserving America’s religious freedoms will attend the day-long meeting.

“If Christians would go to the polls and vote biblical values, we would have a biblical society,” she said. “We have to exercise our right to vote and stand up for biblical standards, or we are going to lose our freedoms.”

Kern said, according to a Gallup survey, only nine percent of people who call themselves Christian have a biblical view of the world.