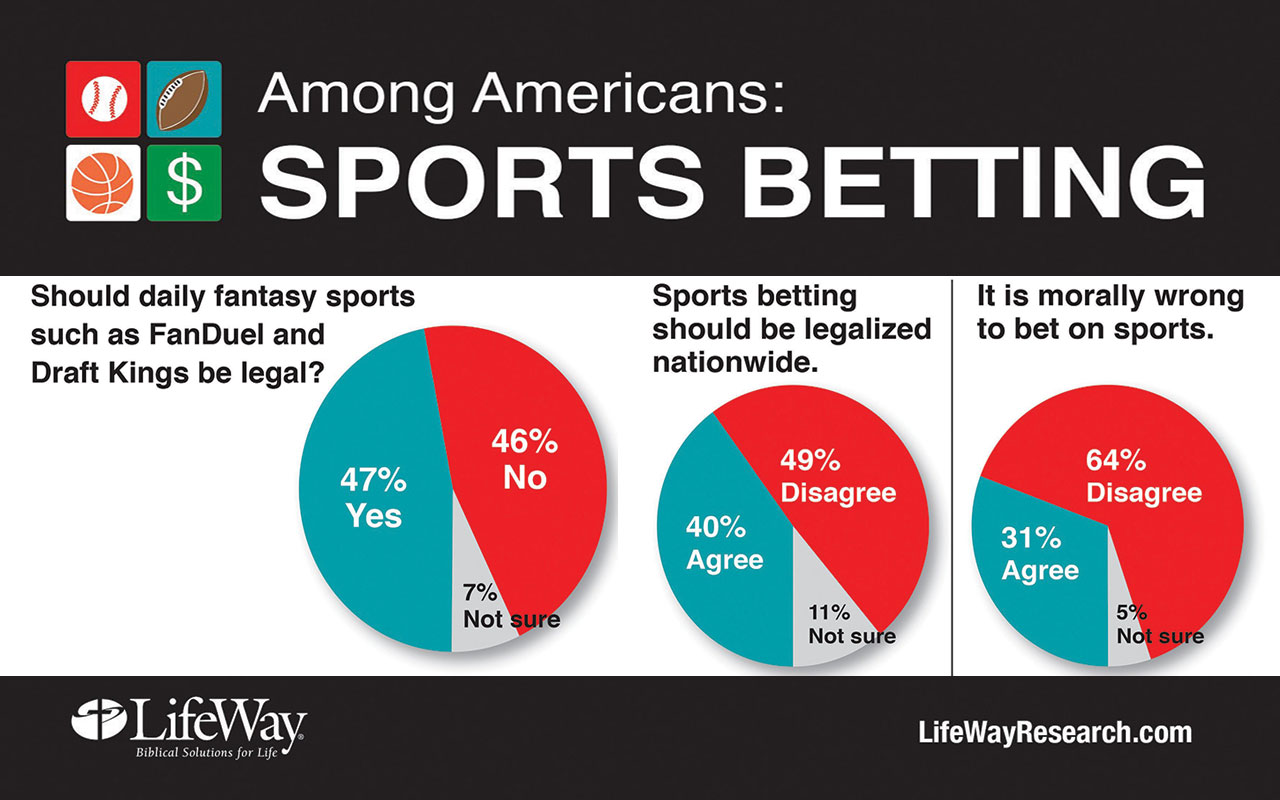 NASHVILLE, Tenn.—Wagering on sports is not morally wrong, most Americans say—but nearly half think it should be illegal anyway.

And as millions nationwide manage their fantasy sports rosters, Americans straddle the fence on whether heavily advertised daily games by companies such as FanDuel Inc. and DraftKings Inc. should be banned.

Yet 49 percent think sports betting should not be legalized nationwide, while 40 percent say it should be. Eleven percent of Americans are not sure.

They are evenly divided on daily fantasy sports contests, which face heightened scrutiny nationwide as states weigh whether the games constitute illegal gambling. In the survey, 47 percent of Americans say daily fantasy sports should be legal, 46 percent say no, and 7 percent are not sure.

“Throughout history, gambling has invited shady and addictive behavior,” said Scott McConnell, vice president of LifeWay Research. “Clearly, people perceive a harm to society that goes beyond the wager itself.” 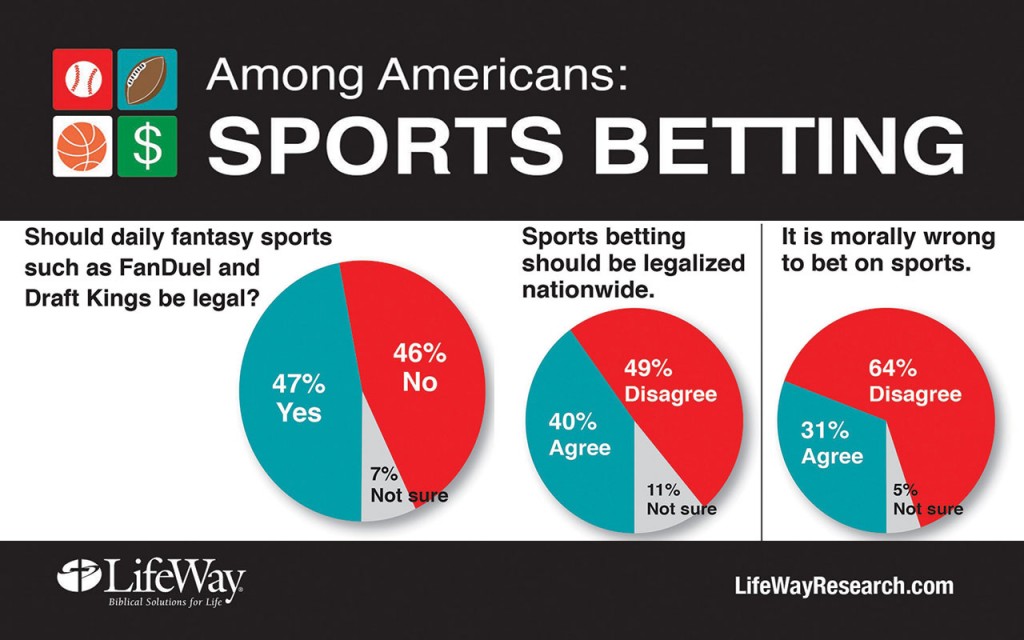 In fantasy sports, gamers create hypothetical teams of real college or pro athletes and can win prizes based on the performance of the chosen players. Some fantasy leagues last an entire sports season, but short-term contests have attracted millions of participants—and billions of dollars—in recent years.

While federal law allows online daily fantasy contests if they meet certain criteria, several states are scrutinizing whether the games run afoul of state gambling laws. The games don’t operate in some states because of concerns over their legality.

“In gambling, experts—known as sharks—can make a lot of money off of novices,” McConnell said. “This is certainly true in daily fantasy sports. If you know the sports and you know how the game is played, you can make money off people who say, ‘Let me throw 30 bucks in and try this out.’”

At issue is whether fantasy contests are primarily games of skill, in which sports knowledge and ability to create hypothetical teams are paramount, or games of chance, in which the outcome is determined by factors beyond players’ control. Gambling laws typically allow games of skill but restrict or regulate games of chance.

“When you start over each day, there’s more skill involved in building a team than games that can be adjusted for a full season,” he said. “And instead of spending $50 in entry fees for a four- or five-month commitment, you’re spending $50 a day.”

The survey also shows differences by age, with younger Americans more likely to favor legal sports betting and daily fantasy games than those in middle age or older. A majority of those 18-34 say sports wagering should be legalized nationwide; less than a third of those 55 and older agree.

Opposition runs highest among religious Americans. Almost six in 10 with evangelical beliefs (58 percent) say sports betting should not be legalized throughout the country, and 57 percent believe daily fantasy sports should be illegal.

On the question of morality, however, even religious Americans take a softer stance. Only 36 percent of Christians believe betting on sports is morally wrong, the survey shows. Those with evangelical beliefs and those who frequently attend religious services are the most likely to have qualms, but fewer than half (47 percent) of those groups say sports wagers are morally wrong.

“We don’t see a majority in any group saying it’s morally wrong to bet on sports,” McConnell said. “For more Americans to want something to be illegal than find it immoral is an interesting situation.”

Americans recognize sports wagering could affect the integrity of the sport, he said.

“For the average American who has a fun rivalry with a friend, it’s a way to put your money where your mouth is,” McConnell said. “But when people are trying to make money, rather than just back up their claim that their team is better, that’s a different kind of wager.”