Hobby Lobby ‘along for the ride’ 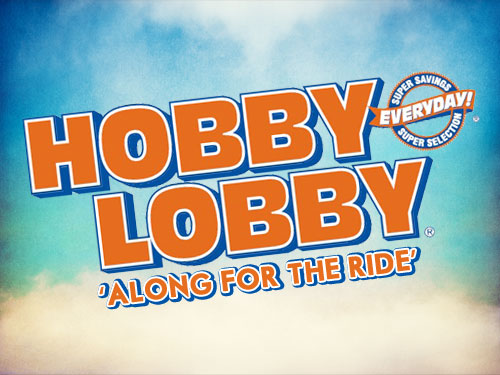 Hobby Lobby has been pushed to the front lines of a monumental battle over religious liberty just when the arts and crafts chain is aiming to open a Bible museum near the U.S. Capitol in Washington.

“God’s up to something,” Steve Green, Hobby Lobby’s president, often says. “We’re just along for the ride.”

Hobby Lobby’s founder—Green’s father, David—has publicly stated the company will not obey a federal mandate to provide employee health insurance that covers abortion-causing drugs. The 530-store chain could face government fines amounting to $1.3 million a day if the U.S. Department of Health and Human Services forces its will on Hobby Lobby and numerous other privately owned businesses lead by Christians who regard abortion as the taking of innocent life.

Steve Green, meanwhile, is leading Hobby Lobby’s plan to open a museum showcasing many of the 40,000 Bible artifacts in The Green Collection secured by the family’s company over the past three years. The museum and accompanying research center will be housed in 400,000-500,000 square feet renovated from two office buildings two blocks from the Air and Space Museum and a few blocks from the U.S. Capitol. The yet-unnamed museum could open as early as the fall of 2016.

Green spoke about the court battle and the museum to editors who visited Hobby Lobby’s headquarters, its sprawling manufacturing plant and four distribution centers on the outskirts of Oklahoma City during the February Association of State Baptist Publications’ annual meeting.

Asked if the HHS mandate, if ultimately enforced by the courts, could cost Hobby Lobby its solvency and its vision for a Bible museum, Green said, “I don’t have the answer to that. All I know is that we’re in good hands. I anticipate that it’s going to be a long battle.

“And what and where God directs this, I don’t know.”

Hobby Lobby, in its suit against the HHS mandate, remains in federal appeals court among dozens of companies objecting to the abortion insurance requirement.

“We haven’t gotten to the merits of the case,” Green said of the Hobby Lobby suit. “This is just asking for the injunction. . . .

“Even if we get a no” on the merits of the case—if two appeals courts issue “two different rulings—and there have been on the injunction—then it’s more likely that the Supreme Court would make a ruling on it. That’s probably, at earliest, a couple of years down the road,” Green said.

Asked how Hobby Lobby’s supporters can pray for the company, Green requested prayer “for the wisdom to say the right things and not say what we shouldn’t be saying. I think that we’re pretty clear. We know what our answer is.

“Pray for our government leaders,” Green added, “and the judges who are going to make the decisions, that exactly what God wants, happens.”

Green said it is difficult to tell whether Hobby Lobby’s customers have been affected by the company’s stance against the HHS mandate.

“We get a lot of support . . . people who are very supportive and then there are some who are very angry,” Green said. “It’s a very volatile issue,  and we hear from the two extremes. On average, I would guess that our customers are more supportive.”

In sales, “last year was a great year” for Hobby Lobby, Green said, acknowledging,    “. . . We’re in the news a lot. People are thinking about us and they’re wanting to be supportive and they come out. That could be a part of it.”

The Green Collection, which will be showcased at the museum in Washington, has become the world’s largest private collection of rare biblical texts and artifacts since Green’s first purchase in November 2009.

“We didn’t buy them because we’re collectors; we bought them because we wanted to tell the Bible story,” Green said, reflecting a sense of ministry from more than 25 years of placing God first in the family business.

“The material we have to make a museum with trumps any museum that’s there (in D.C.),” Green said. “Our story is the most incredible story to be told.”

• The largest portion of Scripture in the closest form of the Aramaic that Jesus would have spoken, along with the first Gospels in Arabic.

• A Third-Century fragment from the oldest known text of the Book of Romans and a fragment that scholars are examining to determine if it contains the earliest reference to Rom. 4:23-5:3 and 5:8-13.

• The earliest known near-complete translation of the Psalms from Hebrew to Middle English.

• A copy of Wycliffe’s New Testament, a large portion of a Gutenberg Bible, a large fragment of a Tyndale New Testament and a sizeable collection from the original printing of the 1611 King James Bible.

• Early tracts and Bibles of Martin Luther, including a little-known letter Luther wrote the night before his excommunication from the Catholic Church.

Currently, part of the collection, a 20,000-square-foot traveling exhibit called “Passages,” is in Charlotte, N.C., and will go next to Colorado Springs, Colo.

Green said the museum in Washington will have three sections with state-of-the-art museum technology—the history, the impact and the message of the Bible.

The goal of the history section, Green said, is “to show that the Bible we have is true.” With each new archaeological discovery, “it supports what the biblical narrative tells us.” Critics claimed, for example, that people called Hittites in the Bible never existed—until archaeological evidence proved otherwise, Green said.

“While we can’t prove everything in the Bible is true, archaeological evidence points that what we do have is true,” he said.

The Bible’s impact, meanwhile, has been “an impact for good” throughout history, “from science, education, government, family, music, art, literature, on and on and on,” Green said.

“. . . There will be those who argue that religion has caused all the problems in our world,” Green acknowledged. “’If we could just get rid of religion’ is what an atheist would say. There are plenty of examples where men have taken this book, misinterpreted it and used it for their own ill intent.

“But don’t blame the book for man’s wrong use of the book,” Green said. “. . . (W)hen we read this book and we apply this book to our lives, it will be good for us individually and for us as a society—for mankind in general.”

The Bible’s message, as the museum will express it, involves the “story line that this book tells . . . that God did create man, He gave us choice, we walked away from Him and were in need of a Savior, and He sent his own Son to pay the price for our sin. You don’t have to believe it,” Green said, “but that’s its story.”

It’s especially a story for people “who have never understood, read and known what the Bible says. They may have it on their shelf, but they’ve never read it. We want them to go away from this section saying, ‘Oh, so that’s what the Bible is all about.’”

A person who knows nothing of the Bible will be able to tour the museum and leave with at least “a ‘Cliff Notes’ version of the Bible says,” Green explained.

Green said it became clear to his father in 1985 that Hobby Lobby ultimately is not his company.

“That was the year that he got the family together and said, ‘I don’t know how we’re going to make it.’”

Whenever the business faced financial difficulty, Green’s father David “always had a way of figuring it out,” as Hobby Lobby expanded beyond its fledgling beginning in 1972 as a 300-square-foot art supplies store in Oklahoma City. “But he got to a point where he couldn’t figure it out. He said, ‘God, if You want us to survive, You’re going to have to do it.

“It became very real to him this was God’s company,” Steve Green recounted.

“The next year, we had double profits—almost double our (previous) best year.”

Ever since, the elder Green often has said, “This is not our company, we’re just stewards of it. So, literally, we’re along for the ride.” As the company grew, Steve Green said, “I can remember thinking to myself  . . . ‘Oh, this is not just my job, this is my ministry.’”

The company now has 22,000 employees nationwide, 13,000 of them full-time earning a minimum of $13 an hour, well above federal minimum wage. Some 3,500 employees work at Hobby Lobby’s 5 million square feet of company offices and manufacturing/distribution space in Oklahoma City.

In family discussions, Steve Green said, they’ve talked about three options, or “opportunities,” for whenever a trial arises.

“It could be ‘averted,’” Green said, citing the experience of Daniel in the Old Testament when he was asked to violate his faith by eating the king’s meat. “He appealed and the problem was averted.”

“It could be ‘delivered,’” Green said. “Daniel, at a later time in his life, had to go to the lions’ den, and he was delivered.

“The third option is that it can be ‘suffered,’” Green said. “Christ went to the cross. All the disciples were martyred but one. We have an original Foxe’s Book of Martyrs that has story after story after story of those who gave their lives.

“Sometimes it’s to suffer,” Green said, noting yet again, “We’re along for the ride.”