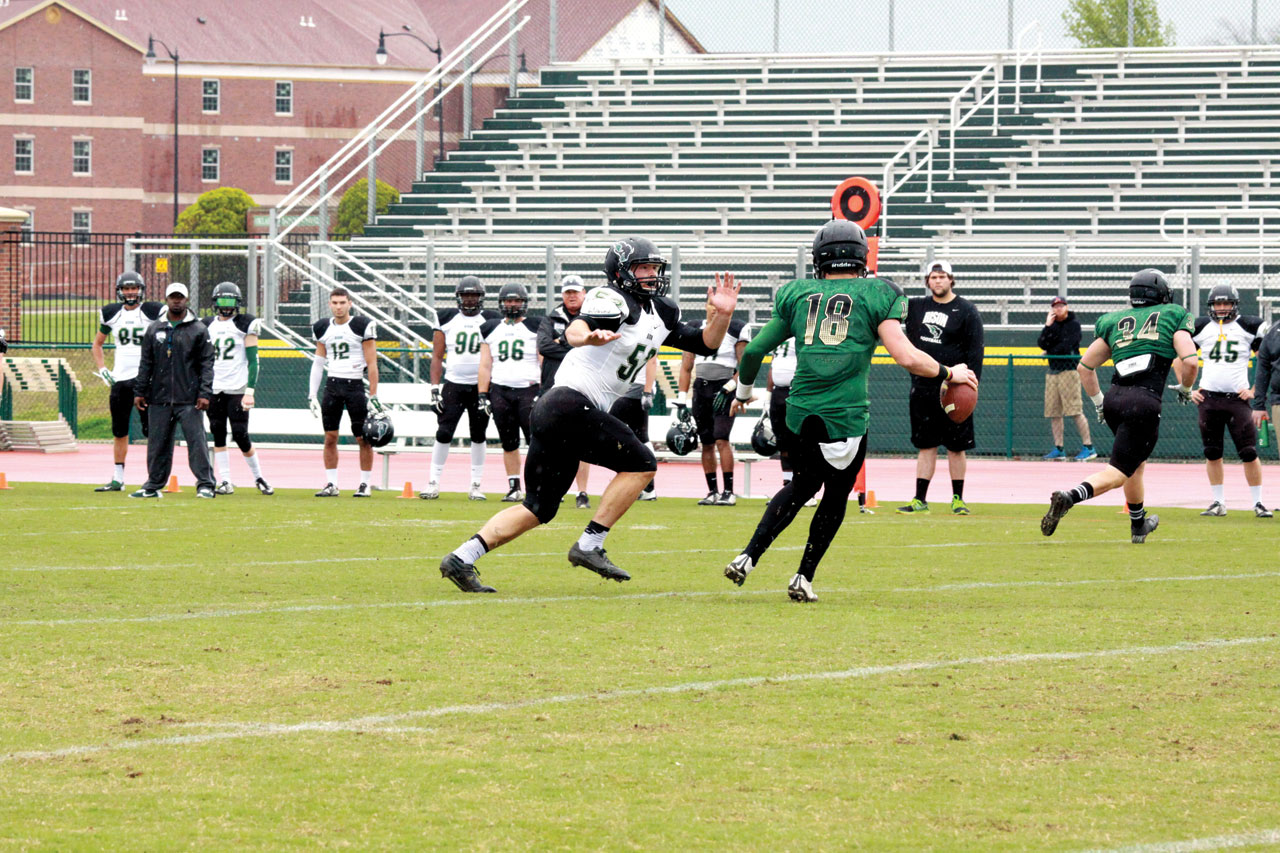 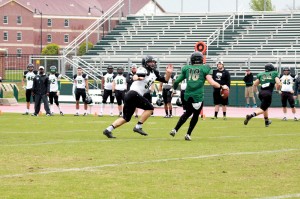 “Guys we needed to see make plays on both sides of the ball made plays today,” said OBU Head Coach Chris Jensen. “Overall, it was a good game. The defenses made some big interceptions and we got to see what Blake and Dez could do at quarterback.”

Trey Tully put White on the scoreboard with 4:43 left in the first half with a 26-yard field goal.

Woodard threw to Frankie Edwards for a five-yard TD pass with 2:20 remaining and then completed a 7-yard pass play to Derek Serowski for a touchdown and a 14-3 lead with 47 seconds left in the first half.

Stegall hit Josh Pettijohn for a 65-yard scoring strike early in the second half to cut the lead to 14-10.

Serowksi was the offensive gem of the game, hauling in four passes for 150 yards from two OBU Green quarterbacks. OBU’s 2014 go-to running back tandem of Jordan Barnes and Dawson Myers saw limited carries as the pair combined for 16 carries and 42 yards.

Stegall was 12 of 28 passing with one interception and 209 yards while Woodard threw for 136 yards on 7 of 11 passing to lead Green.

Jailen Garrett, Bo Bradshaw and D’Ante Meeking had interceptions and the defense also put pressure on the quarterback for most of the second half as OBU’s offensive linemen played the entire game.

Brynden Pizter and Lance Williams had two sacks apiece with Williams getting two other tackles for loss. Kimes Gilbert and James Peoples also registered one sack each in the game. Patrick Boxie and Cameo Fenner broke up two passes each.

“From day one of Spring to today, there’s no doubt we have made a lot of improvement,” Jensen said. “This is probably the best Spring we’ve had. And at the same time, we’re really looking forward to getting our first-time freshmen in here. I think they are going to be able to contribute.”