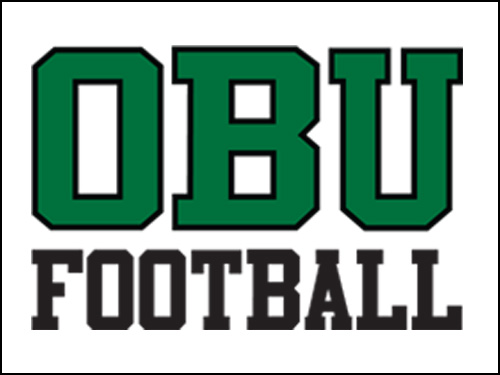 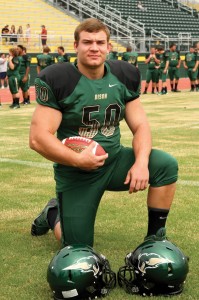 Gilbert, a 6-0, 240-pound sophomore from Moore, was the co-Defensive Player of the Year in the Central States Football League and the only CSFL player selected to the All-America team.

Gilbert led the NAIA with 16 sacks, 1.5 sacks per game and 2.5 tackles for loss. He also had 88 tackles on the season, forced two fumbles, recovered one and deflected three passes.

Gilbert is OBU’s first NAIA All-American in football and the second football All-America recipient of any kind. Darwin Richardson, in 1938, was named a Little All-American.

The AFCA has selected an All-America team since 1945 and currently selects teams in all five of its divisions. What makes these teams so special is that they are the only ones chosen exclusively by the men who know the players the best—the coaches themselves. 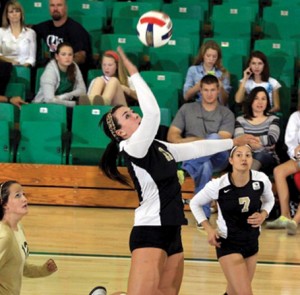 Pressley led the No. 7 Lady Bison to a 33-7 record, a Sooner Athletic Conference Championship, and a trip to the NAIA National Championship in Sioux City, Iowa this season.

Pressley finished the year with the 567 kills, the third-most in the NAIA, and ranked number six in kills per set at 4.33. Her 538 digs on the season led OBU, and she also registered a team-high 16 solo blocks.

The Lady Bison were 125-34 in her four years playing for OBU, including a 54-2 record in SAC play. OBU has won the last three SAC Championships.

The 2013 SAC Most Valuable Player ends her career as the OBU leader in kills and digs, collecting over 2,000 of each during her four years on Bison Hill. 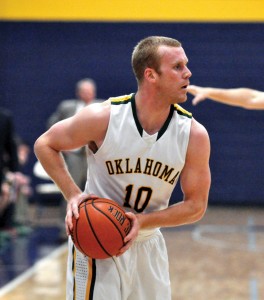 The award recognizes a select group of college basketball student-athletes who have made significant contributions to the greater good of their communities through volunteerism and civic service.

Jackson is a 6-2 junior from Shawnee.

In its second year, the Allstate NABC and WBCA Good Works Teams® honor players at all levels of college basketball who represent the sport’s finest in the areas of leadership and charitable achievements amongst their peers. The student-athletes nominated for this prestigious award embody the true spirit of teamwork and giving back.