‘Fiddler on the hoof’ Part II: The mission continues 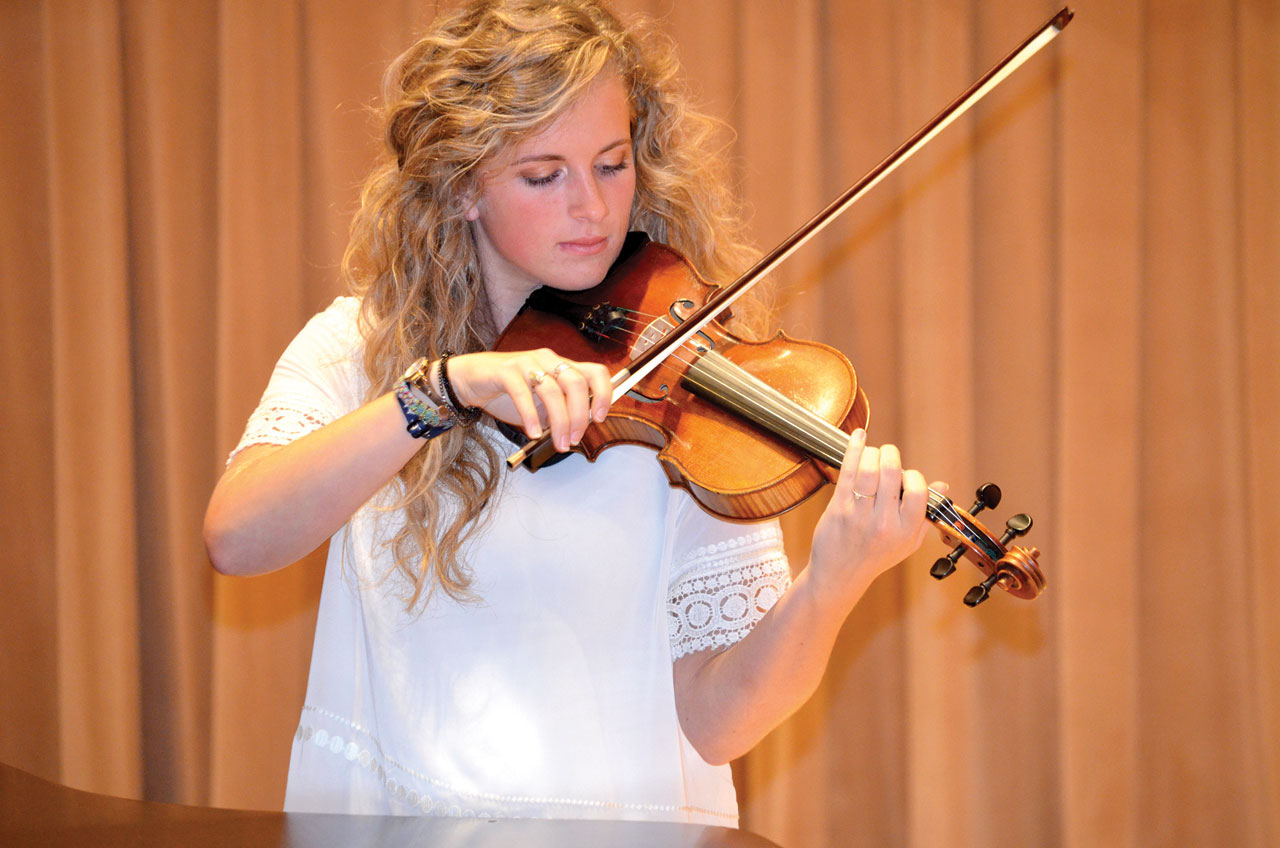 Malawi villagers met her when she was 16, and she introduced many of them to the Gospel with her violin. Now, at 18, Paige Park made two more visits to the African country and continues to share more joy through music and Christian influence.

Her first visit was featured in the Sept. 12, 2013 edition of the Baptist Messenger. The article was titled “’Fiddler of the hoof’ in Malawi,” and this fiddler continues to share the Gospel “on the hoof” not only in Malawi but as she pursues a career in music.

As a member of Bartlesville, Eastern Heights, Park faithfully travelled with a mission team made up of Washington-Osage Association (WOA) church members that visited Malawi regularly. As the previous story told, the team would travel to different villages, and Park would perform and use her violin to share her testimony.

Many accepted Christ and were baptized. The team supported a new church that continues to grow. The team also supports a feeding ministry that has increased its number of centers to care for widows and orphans.

Park said she has a special love for Malawi that grows every time she visits. She has made many close friendships and tries to encourage her friends to grow spiritually. Her leadership has been impactful in True Love Waits conferences the WOA team leads on each visit.

On her second visit to Malawi, Park reconnected with her friend Trudice, who was ashamed at first, because she was pregnant out of wedlock and thought her Christian friend would reject her.

“I talked to her and told her I don’t look down on her,” said Park, and her friendship with Trudice was even stronger after that visit. So much so, Trudice, who recommitted to abstinence until marriage, named her daughter Paige Julianna.

“They are very receptive of the Gospel,” said Park. “When they see people come to share with them something that will help them, they really want to listen and respond. Every time we come back they want more.”

Along with her great love for Malawi, Park also has a passion for performing. She is currently a freshman at Oklahoma City University (OCU) as a music major.

She started playing the violin when she was 6. Her father’s musical background had much influence on her, as well as all four of her siblings. The Park Family Bluegrass Band did many performances, but those show days are over, especially as her two older brothers, Seth and Cole, have their own families and careers.

Those years of playing as a family remain special to Park. “There’s nothing that will compare to that,” she said, mentioning that they do get together to play on special family gatherings.

In high school, she added Classical to her repertoire of Bluegrass and Texas Swing and was a member of All-State Orchestra.

Now as an OCU student, she is looking to fulfill her dream of being a professional musician, no matter the style of music or where her talent may take her.

“I want to be able to do whatever comes my way,” said Park who aspires to perform with a band or with a famous artist and travel to various destinations.

However, her musical dreams do not hinder her other commitment she had made.

She goes to share her music and the Gospel. Whether in a village in Malawi or on a big stage, Paige Park will go and tell others about Jesus.