Faith on the Hill: A look at the religious composition of 114th Congress 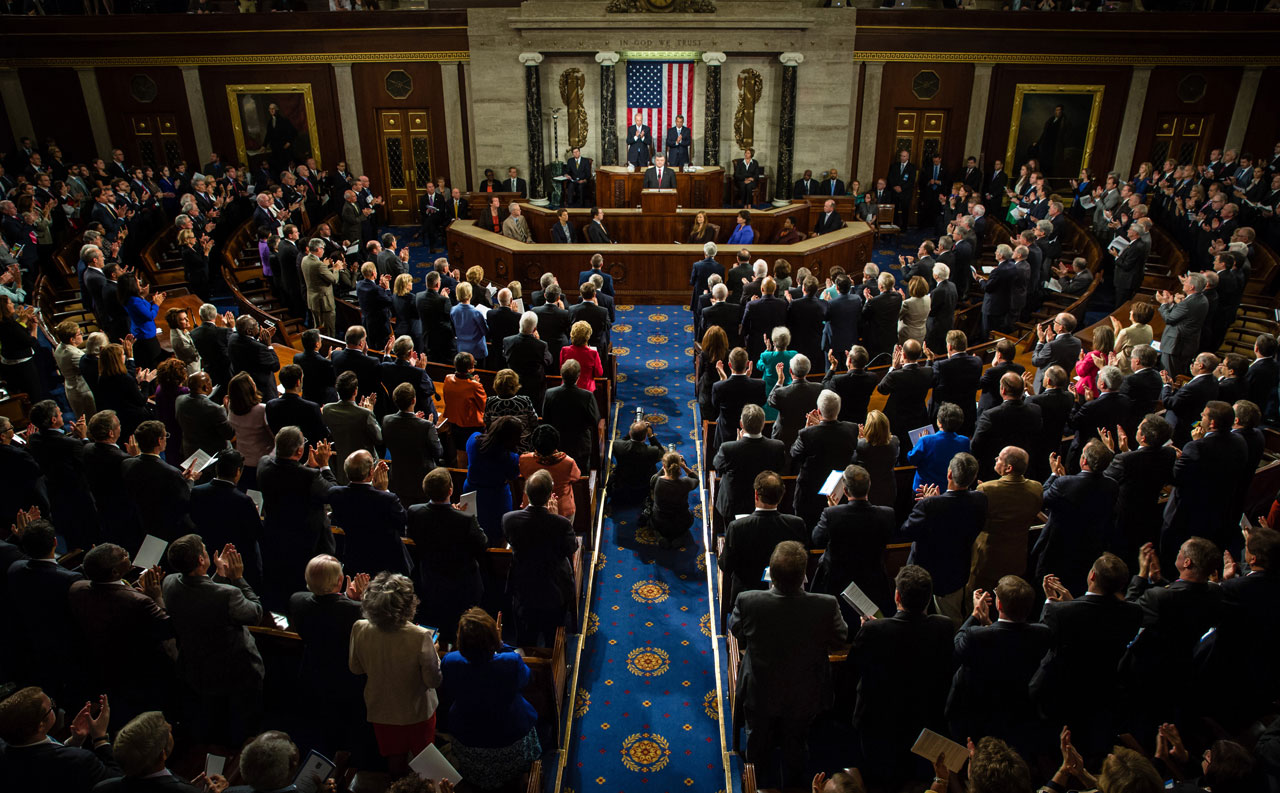 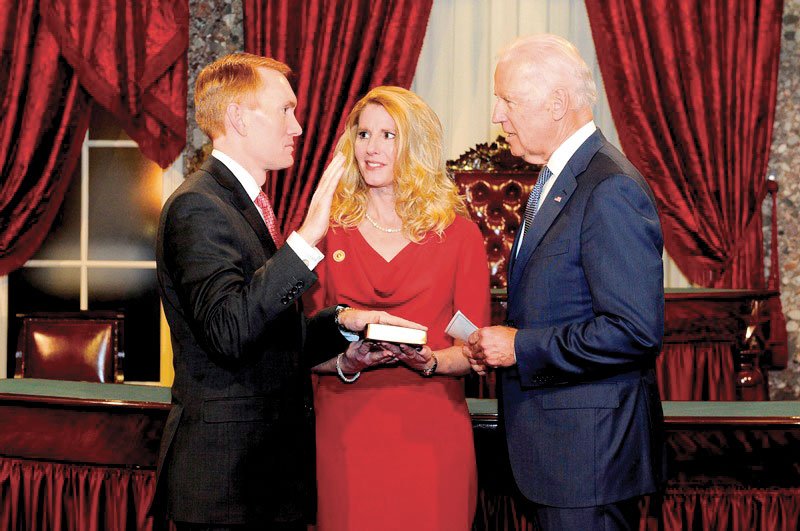 U.S. Sen. James Lankford (R-Okla.), left, takes his oath of office on Jan. 6 before U.S. Vice President Joseph Biden, as Lankford’s wife, Cindy, looks on. Lankford, a Southern Baptist minister who served as Program Director for Falls Creek, is one of many Southern Baptists serving in Washington, D.C. in the 114th Congress. (Photo: Provided)

When the new, 114th Congress was sworn in on Jan. 6, 2015, Republicans controlled both chambers of the legislative body for the first time since the 109th Congress (2005-2006). Yet, despite the change in party control, there is relatively little change in the overall religious makeup of Congress, according to a new study by the Pew Research Center. More than nine-in-10 members of the House and Senate (92 percent) are Christian, and about 57 percent are Protestant, roughly the same as in the 113th Congress (90 percent and 56 percent, respectively).

Nonvoting delegates who represent U.S. territories and the District of Columbia are not counted in this analysis. They are: Aumua Amata, R-American Samoa; Madeleine Z. Bordallo, D-Guam; Eleanor Holmes Norton, D-D.C.; Pedro R. Pierluisi, D-Puerto Rico; Stacey Plaskett, D-Virgin Islands; and Gregorio Kilili Camacho Sablan, I-Northern Mariana Islands. All are Catholic except Norton (who is Episcopalian) and Plaskett (who is Lutheran About three-in-10 members (31 percent) are Catholic, the same as in the previous Congress.

Protestants and Catholics continue to make up a greater percentage of the members of Congress than of all U.S. adults. Pew Research surveys find that, as of 2013, 49 percent of American adults are Protestant, and 22 percent are Catholic.

As was the case in the 113th Congress, the biggest difference between Congress and the general public is in the share of those who say they are religiously unaffiliated. This group makes up 20 percent of the general public but just 0.2 percent of Congress. The only member of Congress who describes herself as religiously unaffiliated is Rep. Kyrsten Sinema, D-Ariz.

Many of the nation’s smaller religious groups are represented in roughly equal proportion to their numbers in the U.S. adult population. Buddhists, Muslims and Hindus combined represent roughly 2 percent of American adults and 1 percent of Congress. Jews continue to have greater representation in Congress (5 percent) than in the population as a whole (2 percent), but there are five fewer Jewish members in the 114th Congress than there were in the 113th, and 11 fewer than there were in the 112th Congress.

The new Congress includes a number of people who have had some form of religious occupation, including at least seven members who are ordained ministers. The number of ordained clergy in Congress has not fluctuated greatly in recent years.

Of the 301 Republicans in the new Congress, only one—freshman Rep. Lee Zeldin of New York’s 1st District—is not a Christian. Zeldin, who is Jewish, will have far less seniority than the one Jewish Republican to serve in the 113th Congress, former House Majority Leader Eric Cantor, R-Va., who was defeated in his district’s GOP primary.

Democrats in the new Congress are somewhat more religiously diverse than Republicans, though not as diverse as the population as a whole. Of the 234 Democrats in the 114th Congress, 104 (44 percent) are Protestant, 83 (35 percent) are Catholic, 27 (12 percent) are Jewish, two (1 percent) are Mormon, two are Buddhist, two are Muslim, one is Hindu and one does not identify with a particular religion. (Sen. Angus King, I-Maine, and Sen. Bernard Sanders, I-Vt., both of whom caucus with the Democrats, are counted as Democrats for the purposes of this analysis.)

The analysis was completed before Rep. Michael G. Grimm, R-N.Y., announced his intention to resign effective Jan. 5. Grimm is a Catholic; his absence has a minimal impact on the overall percentages and trends presented in this report.