Conventional Thinking: Too contrary to Mary? 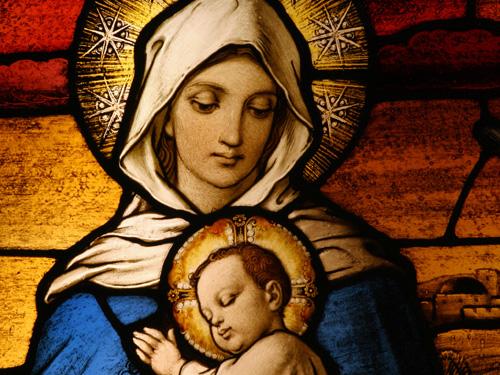 December is in full swing, which means Mary, the mother of Jesus, will make her annual appearance at most Evangelical churches by way of Christmas pageants and sermons. Yet, now is a good time to ask, does she deserve a more prominent place in church life today?

Certainly any hesitancy to give Mary more mention is a reaction to the excesses of Roman Catholicism concerning her. Official Catholic teaching, for example, holds that Mary was born without sin (the Immaculate Conception), that she remained a virgin her entire life and that she did not die, but was taken straightway to Heaven, none of which can be proven whatsoever through the Scriptures. And while some Catholic leaders may have discouraged the worship of Mary, some Catholics throughout the world seem to have crossed a line in this area.

But in avoiding these by avoiding her, are we overreacting? After all, Mary plays a central role in God’s plan of redemption of mankind. Consider this. Mary, after being told by the Angel Gabriel, that she, a virgin coming from humble circumstances, would give birth to the Savior, the Messiah, she responds with faith. “Then Mary said, ‘Behold the maidservant of the Lord! Let it be to me according to your word.’” (Luke 1:38).

The same cannot be said for many of God’s people in the pages of the Bible upon hearing miraculous news. Sarah laughed at God’s plan. Gideon did not believe until after several proofs. In the New Testament, Zachariah was struck dumb for not believing that John the Baptist would be born to him and Elizabeth in their older years.

Moreover, Mary plays a completely unique role. Only her womb was home to the “Word Become Flesh,” Jesus Christ. Only she nursed Him and, with Joseph’s help, raised Him. It is not only in Christ’s birth and upbringing that we see Mary play a key part. She is there throughout much of His earthly ministry, such as at the miracle at the wedding in Cana (John 2:1-11). She is there at the moment of His death on the cross and there with the disciples in the early days of the church (Acts 1:14). An impressive resume by any comparison!

Perhaps we should be more like Elizabeth who said, “Blessed are you among women.” (Luke 1:42). Instead of associating Mary with the Catholics, perhaps Baptists would be better off to see her life as fodder for a Bible study or a sermon series, or just see a plain good example of a follower of Christ to emulate.

The reason I write on this now is two-fold. First, in this season, our attention is fixed on the First Coming of Christ, and it is good to properly ponder the characters in the biblical account of Christmas. The second reason, however, has less to do with Mary and more to do with a blind-spot within Evangelical Christianity, and that is the tendency to “throw the baby out with the bathwater.”

Far too often, whether we are talking about a book, a behavior or even a concept, we sometimes reject it on whole prior to examination because there is something dangerous associated with it. A recent example of this can be seen in politics. Some Christians, fearing they would come across as partisan, avoid politics and take no civic involvement whatsoever. In the process, they miss a chance to bring our faith and values to bear upon who is elected and what laws are passed.

Instead, all of God’s people should prayerfully strive for a balanced Christian walk in which we “test everything; hold fast what is good” (1 Thess. 5:21). And in doing this, we will become even more like the Lord we serve, and other great Christians who went before us. Ones like Peter, Paul and yes, Mary, too.