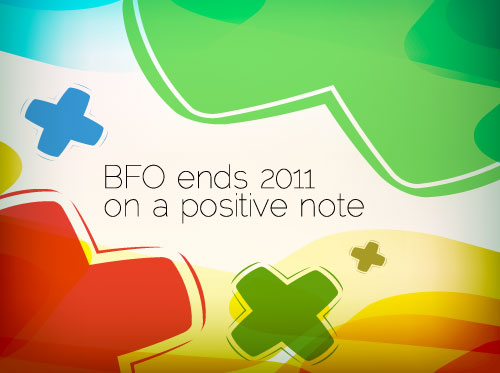 The Baptist Foundation of Oklahoma ended 2011 on a positive note in almost every statistical category, Foundation President Robert K. Kellogg has reported.

The highlight of the Foundation’s year, said Kellogg, is the annual distribution. The 2011 distribution was made available in January.

“We were able to distribute approximately $9.8 million to more than 300 charitable causes in Oklahoma, throughout the nation, and around the world through the annual distribution,” he said. “This represents a 22 percent increase over last year, largely the result of a record year in mineral income.”

Included in this distribution are gifts to Oklahoma Baptist Homes for Children, $3.2 million; Baptist Village Communities, $277,000; the Baptist General Convention of Oklahoma, $1.1 million; churches and associations, $659,000; the International Mission Board, $251,000; the North American Mission Board, $125,000; and Oklahoma Baptist University, $3.3 million, which includes $1.4 million for scholarships.

Other Foundation highlights from 2011:

• Assisted 299 families to complete their estate and planned gifts, a fourth consecutive year-over-year increase in families assisted. These families memorialized more than $19 million of future testamentary gifts for ministry causes. One of the largest beneficiaries of these gifts is the local Southern Baptist church.

• Fourth quarter investment performance was strong (+5.0 percent) but not sufficient enough to wipe out the market losses incurred during the third quarter. The Foundation’s largest investment pool posted a loss of 1.6 percent for the calendar year.

• Assets under management increased by $11.9 million to $305.2 million. This new growth is the result of new planned and testamentary gifts.

“While we continue to have significant concerns about the economy, sovereign debt and looming inflation, we are encouraged and even blessed by the opportunity to send just under $10 million out the door to the ministry causes we exist to support. God willing, next year we will be able to distribute more than $10 million,” Kellogg said.