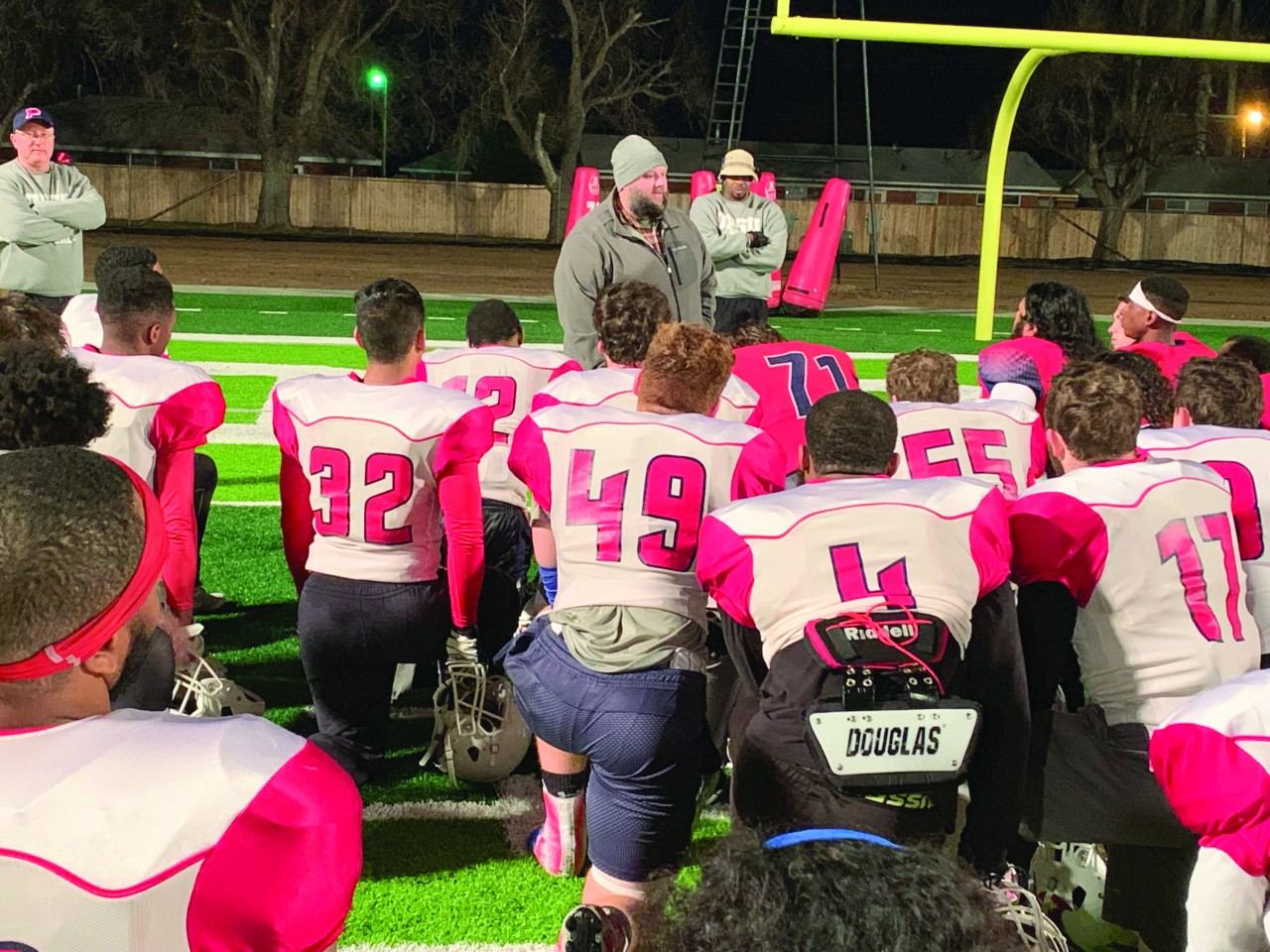 GOODWELL—Oklahoma Panhandle State University (OPSU) has an enrollment of more than 1,700 students. Its athletic program competes at the NAIA level and features 11 sports, adding both men’s and women’s soccer this fall.

The Aggies also have a great relationship with the Baptist College Ministries (BCM) director David Coffey who leads regular devotions with many of the teams. Coffey, though, said much of the credit for building this relationship with OPSU coaches is to his predecessors Matt Townsend and Jay Kindsvater, who set the foundation with the Aggie football program. 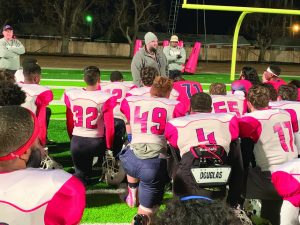 Now in his third year leading the BCM at OPSU, Coffey remembered that first fall semester in 2016 having the opportunity to share a word from the Bible and to pray with the football team, as well as the men’s and women’s basketball teams. It grew from there.

“I really worked hard to establish some trust with the coaches to make sure that they know that I genuinely care for the students and for them,” Coffey said. “I pray with them individually, as coaches. They see I want what’s best for their programs.”

OPSU recently added a new football coach, Bob Majeski who came to Goodwell after coaching at Stetson University in Deland, Fla. Coffey made sure to have a meeting with Majeski as soon as he came on campus to let Majeski know that he would like to continue having devotions with the football team after practices.

Mejeski was happy for Coffey to continue providing spiritual insight and prayer for the team, and Coffey said it might be possible during the upcoming season to observe pre-game chapel services. Of course, all devotions and meetings led by Coffey are voluntary for all athletes.

Over his three years as BCM director at OPSU, Coffey has added his regular devotion times with the baseball, softball and volleyball teams as well as with the cheerleading squad.
Coffey believes what has helped maintain a strong relationship with the athletic program is the strong relationship he has with OPSU President Tim Faltyn. “When I first got here in 2016, I had the opportunity to pray with the president that summer. Now we meet two to three times a semester, and I pray with him,” Coffey said.

He also said having student athletes on their teams who are committed Christians have other benefits. “If (the athletes) are committed followers of Christ, (the coaches) are not going to worry about whether or not they will miss curfew, whether they are out partying and drinking, because they are trying to live a life for Christ.”

Coffey’s reputation is well respected among all the coaches. The baseball coach asked Coffey to come pray after the Aggies finished a four-game series with an opponent because the opposing team had maintenance issues with their bus getting to Goodwell, and the coach asked Coffey to pray for the team to have safe travels when they leave.

Coffey said he is consistent with what he shares with each team, as he starts every school year, speaking on the same verse, I Cor. 15:3, “For I passed on to you as most important what I also received: that Christ died for our sins according to the Scriptures.”

He uses this verse to make it clear how important it is for him to share the Gospel with every coach and athlete.

Coffey shared what he tells the teams, “Of all the things I could tell you, the most important thing you will hear each semester, even more important than what you will hear from your professors, your coaches, from anybody, that God loves you. If I don’t have another opportunity to share a devotion with you—whether the Lord calls me home or you transfer to another school—I want to be sure I haven’t wasted this opportunity that I have, standing in front of you right now to let you know beyond a shadow of a doubt that God does love you, and He created you to have a relationship with Him. And the way you have a relationship with Him is through Christ.”

Coffey said he has had several students make professions of faith in Christ. He has a trust with athletes who have come to him for prayer and encouragement.

“It’s been encouraging to me that they understand that we are here for them,” he said, “that the BCM is a place that is safe for them to come and be themselves.”

Many student athletes come for the weekly lunch at the BCM that averages 180-200 students a week during the school year. Coffey also said they moved their weekly Bible studies from Thursday nights to Monday nights, which are more conducive for student athletes.

Along with thanking Townsend and Kindsvater for setting the foundation of meeting with the OPSU athletic teams, Coffey also appreciates the support he has from the churches in Panhandle Association, as they are instrumental in what the BCM offers to all OPSU students.

It’s a team effort in sharing Christ with the OPSU athletic teams.