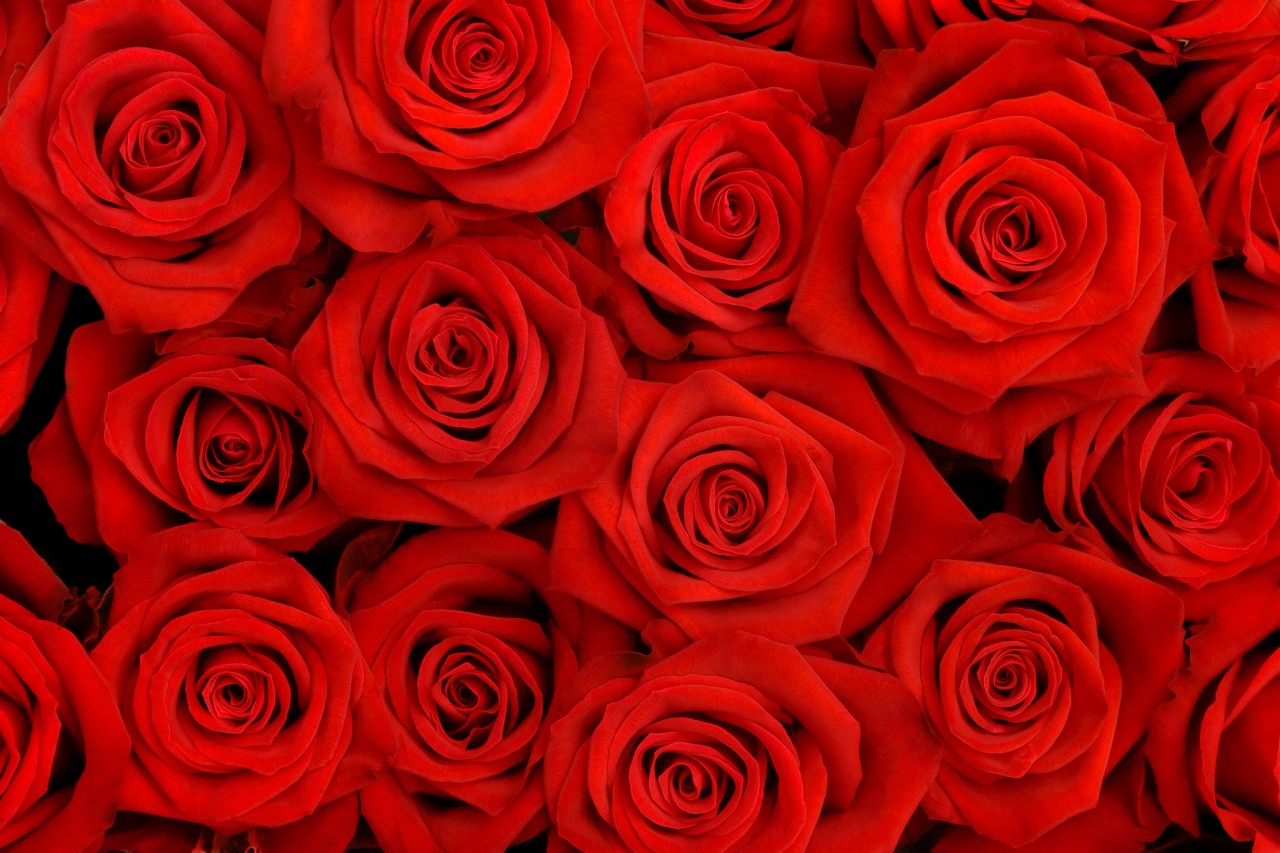 The 24th annual Rose Day Pro-Life Rally at the Oklahoma State Capitol drew 525 individuals and families who officially registered with an estimated hundreds more who attended but did not register. The many Sanctity of Life supporters participated in the Feb. 4 event by distributing roses to state representatives, senators, the Lt. Governor and the Governor.

Following the morning’s rose distribution to state-elected officials, citizens gathered in the Oklahoma State House Chamber for a rally with abortion survivor Melissa Ohden as the keynote speaker. Ohden, who founded the Abortion Survivors’ Network, shared how her life was nearly ended by a saline-infused abortion in 1977.

“There’s more work to be done,” said Lamb at the rally, “but one of the safest places to be in the womb is in Oklahoma. That being said, it’s not because of any individual in the executive branch alone, it’s not because of any legislator alone, it’s because of the men and women I look at on this floor and the men and women in the gallery and those you represent who attend Rose Day year after year… handing out roses, encouraging members, holding members accountable and being on your knees before the Lord God Almighty, claiming biblical truths for the unborn.”

Lamb presented a citation from Oklahoma Gov. Mary Fallin commending the Baptist General Convention of Oklahoma and Catholic Charities as the lead organizers for the Rose Day event.

Mandi Parkhurst presented her testimony during the rally, sharing how she had an abortion as a young college student, but found forgiveness from God Who since gave her other children. She now desires to be an encouraging voice for life to other women facing similar experiences and is in the training process to be a volunteer with Hope Pregnancy Centers.

Al Poteat, who is a volunteer with Hope Pregnancy Center North, concluded the rally with prayer. Plans are now underway for the 25th annual Rose Day event set for Feb. 3, 2016. 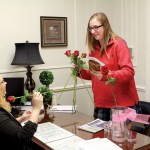 A dedicated rose distributor offers one of her gifts. (Photo: Grant Bivens) 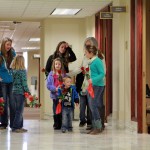 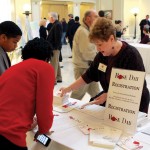 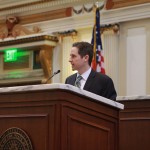 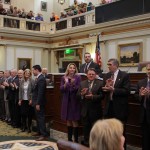 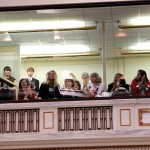 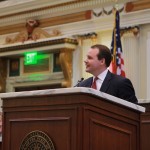 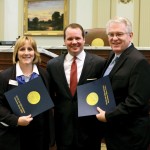 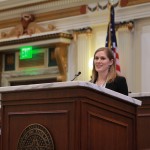 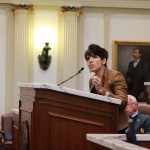 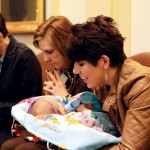 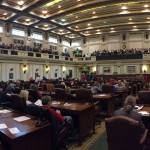 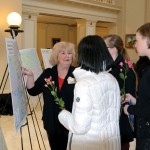 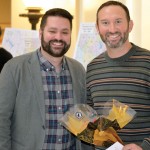 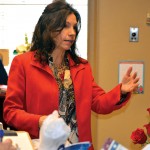