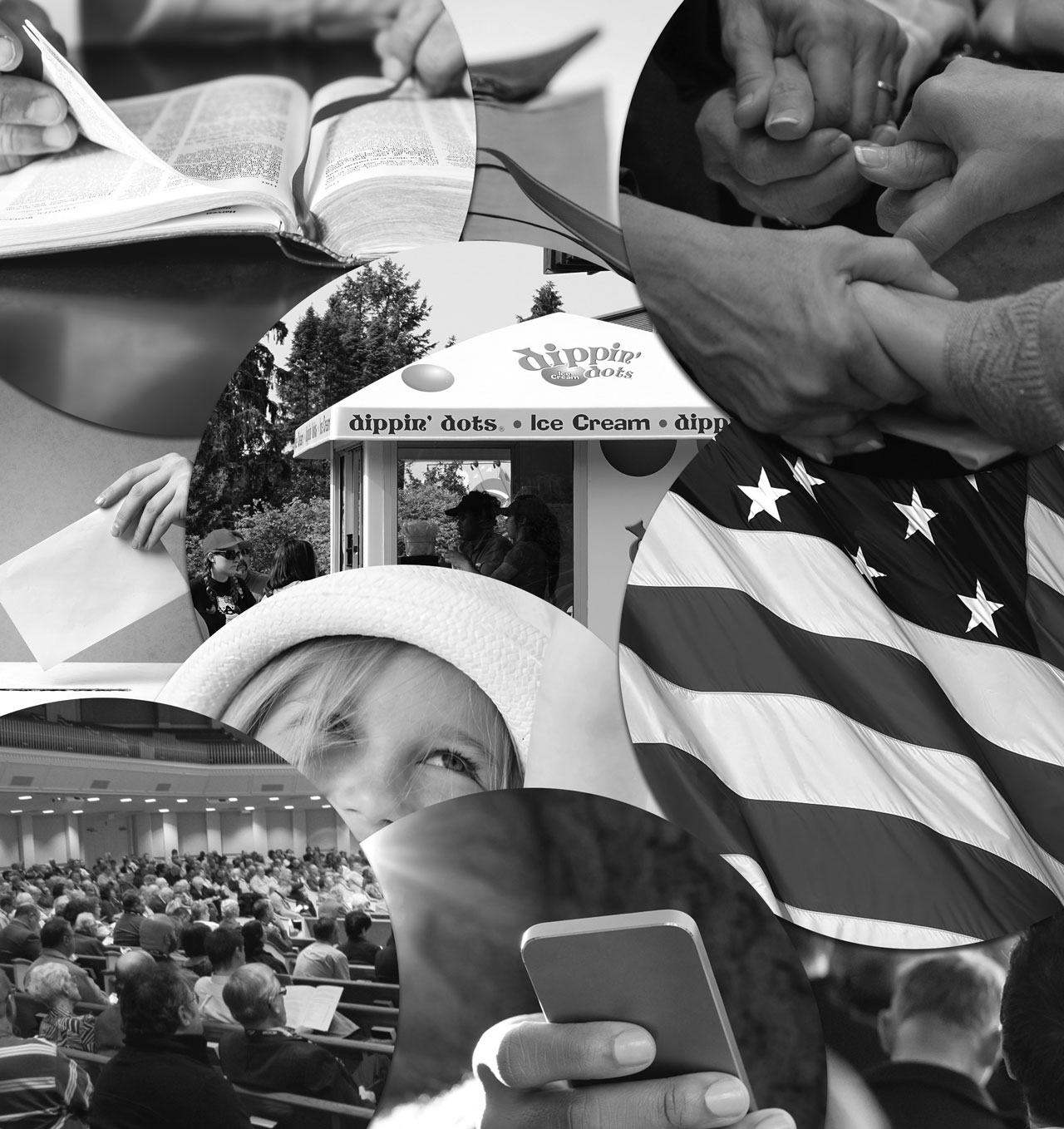 10. Dippin’ Dots Delight. One of the most heavily anticipated aspects of the Annual Meeting is the interactive exhibit hall. Here, various Baptist ministries promote what they do to further the Lord’s kingdom. The 2016 exhibit hall will include booths promoting various BGCO and Cooperative Program-supported ministries. Out of the 54 exhibits present at the Annual Meeting, one booth remains a fan favorite, year after year, the Dippin’ Dots stand hosted by the Baptist Foundation. Come check out the wide array of Annual Meeting exhibitors and giveaways.

9. Twitter Chatter. With the rise of social media, online platforms like Facebook and Twitter have provided a way for Oklahoma Baptists to talk about what’s happening at the BGCO Annual Meeting. From tweeting quotes from various sermons to sharing photos with friends, BGCO Annual Meeting social media users can use the hashtag #BGCO16 for all posts.

8. Resolutions Report. The news and events in America in 2016 have had major implications for Christians. The resolutions committee, which speaks on a variety of topics important to Oklahoma Baptists, will present a set of resolutions on the following topics: racial reconciliation, sanctity of life and abortion, praying for the nation, evangelism and the future of religious liberty.

7. Fellowships, Music & Ministry reports. From hearing special music from the Singing ChurchWomen of Oklahoma to hearing reports about Falls Creek and evangelism, the 2016 BGCO Annual Meeting has numerous memorable moments planned. The theme “Legacy of Faith” will run throughout the entire two-day event, which also will feature various meal fellowships. For a complete schedule, visit www.bgco.org/annualmeeting.

6. Hangin’ with the SBC president. Steve Gaines, pastor of Memphis, Tenn., Bellevue, is serving in his first one-year term as Southern Baptist Convention president. Gaines was interviewed in the Oct. 27 edition of the Baptist Messenger, where he previewed his message to Oklahoma Baptists. “What the Lord has laid on my heart for the last year or so has been spiritual awakening, personal evangelism and prayer,” said Gaines. Oklahoma Baptists will hear Gaines preach on Tuesday afternoon.

5. Foster care in focus at Missions Celebration. At the 2015 BGCO Annual Meeting, Anthony Jordan and leaders of the Oklahoma Baptist Homes for Children announced a major initiative to address the foster care crisis in Oklahoma. Through the initiative, Oklahoma Baptists have become involved in being part of the solution. As part of continuing the conversation, the theme of the upcoming Missions Celebration on Monday is “Faith and Foster Care: Impacting God’s Kingdom.” The afternoon celebration and symposium, which is hosted by the BGCO Women’s Missions and Ministries Office, begins in the Chapel at 2 p.m. and will feature the Oklahoma Baptist Children’s Choir and James Hunt, pastor of Guthrie, First Southern. It will be followed by a symposium and panel discussion beginning at 3:15 p.m. in the same room.

4. Power-Packed Pastors Conference. The 2016 Pastors’ Conference features recognized speakers from Oklahoma and others from outside the state. Mark Walters serves as president of the Pastor’s Conference and emphasized how the conference’s theme relates to the speakers’ messages. “We have a lineup of pastors who are going to be preaching the theme ‘Get Him Up,’ out of John 12:32, ‘If I be lifted up, I will draw men unto me,’” said Walters who is pastor of Nicoma Park, First. “We’ll be challenging other pastors to make sure their preaching is in the centrality of Jesus Christ, the cross, His resurrection—all the aspects of His life.” For more information and a complete schedule, go to www.bgco.org/pastorsconference.

1. Together Time. Oklahoma is uniquely blessed to have a place like Falls Creek that brings together many Oklahoma Baptists for worship and hearing from the Lord. Aside from Falls Creek, the BGCO Annual Meeting is the designated together time for pastors and churches across the BGCO. From shared worship through music to prayer, from voting on key business to rallying together to advance missions, the 2016 annual meeting will be a special time that Oklahoma Baptists can connect, as we seek to be used of the Lord to reach Oklahoma and the world with the Gospel.

For more information about the annual meeting, visit www.bgco.org/annualmeeting.