Always the center of Falls Creek, tabernacle has changed 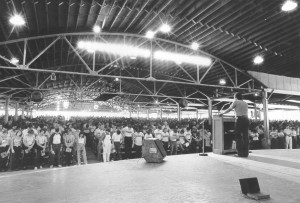 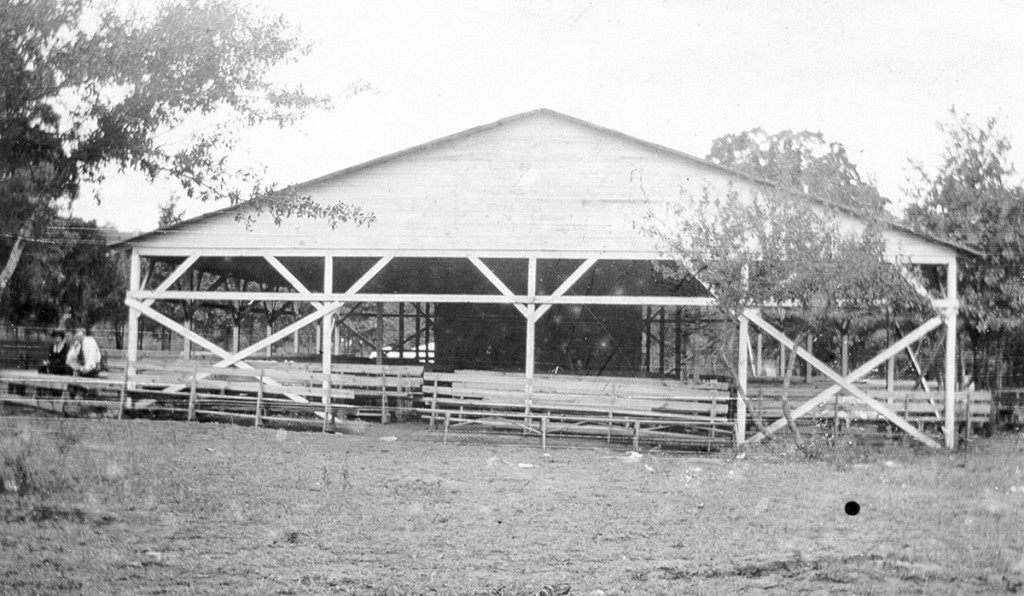 When the new 7,253-seat Tabernacle is dedicated at Falls Creek on May 26, it will be another in a list of historical days at the world’s largest youth camp of its kind in the world.

The building is the culmination of years of praying, research, planning and raising funds with the end result a gathering place to worship and honor God in a setting that has produced thousands of new Christians, missionaries and church staff personnel through the years.

It’s a new day at the camp whose mere name conjures up thoughts of singing that reaches to the heavens, great biblical preaching, hikes through the woods, competitive softball and volleyball games and sweltering summer heat under an open-air tabernacle.

Now campers will sit in either air-conditioned or heated comfort in the climate-controlled building that stretches across the center of the 300-acre campgrounds in the heart of the Arbuckle Mountains.

In Falls Creek’s first year, 1917, the 273 registered campers met for classes under trees and for worship in a large 30- by 50-foot tent. Work on the first permanent tabernacle was begun in 1918. It was built and donated to Falls Creek by oilman Frank Tripp, who had been pastor of Yale, First. Seating under this first tabernacle, known as the Tripp Pavilion, consisted of benches made from two long boards, about 20-24 inches, with 12-inch planks put across them and about 18 inches extending beyond the upright support boards.

By 1928, this first facility was not large enough to accommodate half the people coming to Falls Creek. So the tabernacle was razed and a new 62- by 90-foot structure was built and dedicated as the Moorer-Rounds Tabernacle, named for the founders of the camp, during the 1929 encampment, giving twice as much seating. It cost $4359.21, and was paid for by November 1929. A unique fund-raising idea made it possible to produce enough money to build the fine steel girdered tabernacle. Thad Farmer, Sunday School secretary for Oklahoma Baptists, had the idea to use posters showing a train. Those who contributed nothing rode as hoboes; if you gave a small amount, you rode on the “Jim Crow” car, and if you gave up around $25, you were entitled to Pullman privileges. 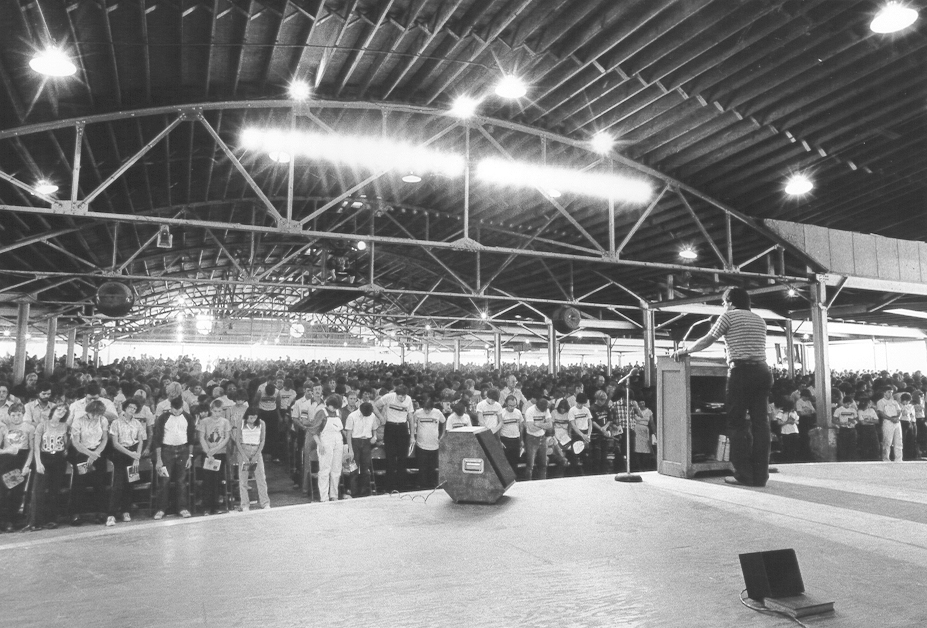 By 1936, there were 100 buildings on the grounds. At the Dec. 1936 board meeting of the Baptist General Convention of Oklahoma, directors voted to enlarge the tabernacle. Seating capacity was increased to 3,000. Again in 1947, the tabernacle was enlarged, this time to a seating capacity of 5,000. Plans were announced in 1949 to enlarge the 180- by 160-foot structure again, and on Aug. 7 of that year, an offering of $3,477.74 was taken to help with this and other improvements. A concrete floor and attic fans were among the 1948 improvements.

In 1953, seating capacity was increased approximately 750, and an enlarged choir section with more than 500 seats was banked against the north end of the tabernacle. Total cost of constructing this addition was $17,295.

In 1961, the phenomenal growth of Falls Creek made it necessary to again enlarge the tabernacle by making a 40-foot addition on each side, increasing seating capacity to 7,000. A modern sound system was also installed.

The stage area and choir loft were part of a 6,600-square-foot remodeling in 1972 with conference rooms and restrooms built below the platform. And 240 new 12-foot benches were added. Since that time, the facility remained basically the same until it, too, gave way, not to remodeling, but to new construction.

On Sept. 23, 2003, the BGCO board of directors voted a time line for the construction of the new tabernacle to begin in January 2005 with completion anticipated in time for the BGCO’s 100th anniversary in the fall of 2006. Cost was estimated not to exceed $18.25 million. Construction was not to begin until the board gave approval based on cash and pledges received.

Labor Day weekend, Sept. 3-6, 2004 the final services were held in the old tabernacle, which was to be removed, along with the adjacent B.B. McKinney Chapel, after that celebration.

Until the tabernacle was completed, groups attending Falls Creek would worship in $2.5 million Amphitheater built on old Ball Field No. 2.

Groundbreaking for the new tabernacle had taken place on the final Friday night of Falls Creek youth camps in 2005-July 29.

The new facility will actually be completed May 1, with a final walk-through the next two weeks. Landscaping, including flowers, should be completed for the dedication service on May 26.