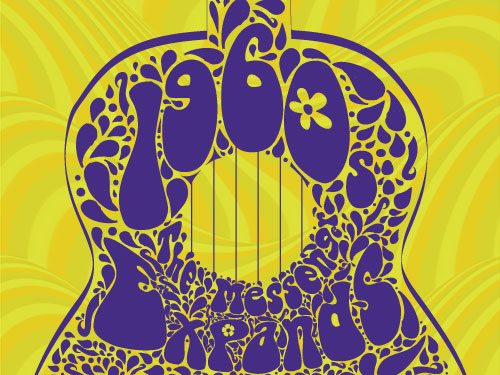 The 1960s was the age of the Beatniks, Hippies and Beatles, as well as an event that changed the course of history in the assassination of President John F. Kennedy, along with other tragic events that occurred in November 1963 in Dallas, Texas. All were the focus of editorials in the Baptist Messenger.

By the 50th anniversary of the Messenger in 1962, circulation had climbed to 78,000. A special 50th anniversary edition was published, containing “a few of the better articles and editorials which have appeared across the years.”

Former editors were honored at a 50th anniversary dinner in Oklahoma City.

A story on the 50th anniversary said: “The loyalty of the Baptist people of the state to their paper has let it continue to grow through the years in circulation and usefulness. And across the years, the Messenger has continued to support all the causes dear to Oklahoma Baptists and to endeavor to be a spiritual blessing to the life of each reader.”

A Dec. 5, 1963 editorial, “Violence in the Land,” expressed concern on the assassination of a president, the shooting down of a policeman on the street and the public murder of the accused assassin by a self-appointed executioner. “Our hearts go out in sympathy to the President’s widow and the two children left behind . . . and to the widow and three children of Dallas policeman J.D. Tippett, whose funeral in a little Baptist church passed almost unnoticed.”

An editorial in 1960, following the election of JFK warned Americans “to say on guard in every effort to subvert and destroy separation of church and state,” and a few weeks later, the editor commented on the “baptism” of John F. Kennedy Jr., the 11-day-old son of the newly elected president.

An editorial on Feb. 18, 1960 described a small group of youthful intellectuals “who are in rebellion against our society with its emphasis on conformity.

“To keep from being pushed into this horrible mold and to discover their real selves, they emphasize their non-conformity. If other men shave, they grow beards. If other people wear business suits and pretty dresses, they wear drab, nondescript clothing . . . if others wear shoes, they wear sandals. If other people have nice homes, they live in a ‘pad,’ sleep on a mat and refuse to have furniture. Routine money-making tasks are not for them. They paint abstract paintings, write zany poetry or compose music no one else understands. By expressing his inner impulses the beatnik hopes to discover who he really is.”

The Beatles made it to the forefront of the editor’s mind in an April 30, 1964 editorial, titled “Why the Beatle Plague?”

“Earlier this year, a strange, new plague swept across the United States of America. The disease was a new and rare type of mental ailment called ‘Beatle mania.’ The plague was brought on by the coming to this country of four young ‘men,’ we started to say ‘singers,’ but that hardly seems the right word, from England. The four mopped-topped fellows, known collectively as the Beatles and all badly needing haircuts, looked much alike and resembled nothing else quite so much as a group of skinny girls.”

The hippie movement garnered the editor’s attention in an Aug. 31, 1967 editorial.

“The key word of hippie life is ‘love.’ They profess to love everyone. And in complete disdain for material possessions, they share whatever they happen to have. They say that the word ‘love’ in the usage does not mean sex. The most frightening aspect of hippie life is their deliberate use of drugs for what is called a psychedelic experience. The new drug, LSD, is called ‘acid.’ Marijuana is ‘grass’ or ‘pot.’ Methedrine is ‘speed.’ Heroin is ‘smack.’ The experience which comes from the use of drugs is called ‘a trip.’ The hippies’ quest reveals the emptiness of their lives. Having rejected contemporary society, they seek spiritual fulfillment. In many ways, they endeavor to find what can be found in only one way . . . in Christ and in Him alone.”

Other editorials during the decade decried the ‘sins’ of dancing, smoking and card playing, and there was considerable talk in the pages of the Messenger on the wisdom of changing the name of the Southern Baptist Convention.

The 1960s saw an increased “news section,” which included news items from the churches, personalities in the news and denominational copy, which was written by leaders in the various departments and agencies of the BGCO. Most “feature-type” stories were reprinted from other publications.

A statement of Baptist Messenger church news policy was printed in the March 28, 1960 issue, and in part, stated: “The objective of church news is to inform Oklahoma Baptists of happenings of significance and interest in Oklahoma Baptist churches and among church members. Limitations both of space and sources of information prohibit any approximation of a complete record of important events in Oklahoma churches. However, it is hoped that items reported will present a composite picture of activities in the churches.” Types of stories: “Information is sought about events which are significant or unusual and which would be of interest to those outside the local church. Among such news items would be plans for expansion, ground-breaking, completion or dedication of buildings, novel or particularly successful programs carried out by a church; ordination of ministers or deacons, revivals, important anniversaries, major staff changes and any other significant occurrences.”

Assistant editor Leland Webb moved to Richmond, Va., to become production editor of The Commission. He was replaced in 1964 by Bob E. Mathews, award-winning photographer with KWTV in Oklahoma City, who became the paper’s associate editor. Fern Hurt remained as assistant editor.

During the mid 1960s, a column was initiated called “Available and Wanted,” where churches and individuals could advertise for church positions, equipment, cabin rentals, real estate, etc. at no cost.

Also during this decade, a column by Herschel Hobbs, pastor of Oklahoma City, First, called “Baptist Beliefs” was begun.