‘It’s not about the pastor, it’s about the Master’ 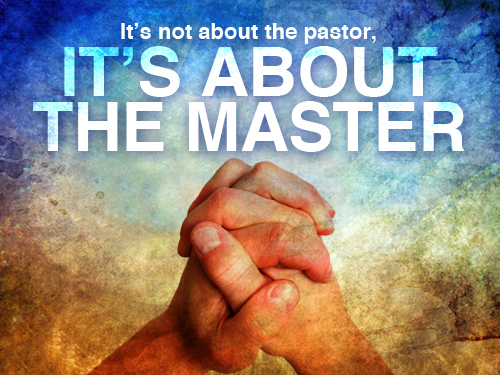 (Luter to speak at Evangelism Conference).

Fred Luter Jr.  was a street preacher in the Lower Ninth Ward in New Orleans when, in 1986, he was called to serve as pastor to a small congregation on Franklin Avenue, a mostly black area in the Crescent City.

Called to the ministry three years earlier, Luter, although knowing the congregation had been through some difficult years, committed to his first pastorate.

Now some 25 years later, that congregation has grown to a 7,000-plus membership, has survived a devastating hurricane, is in the process of building a new $26 million facility in New Orleans East and its pastor is one of the top leaders in the Southern Baptist Convention.

Luter will be one of the featured speakers at the State Evangelism Conference at Oklahoma City, Southern Hills, Jan. 30-31.

From the 1940s through the 1960s, Franklin Avenue Church was an all-white SBC church. Then in the 1970s, whites began to move out of the area, and blacks moved in, and since that time, the congregation has been a predominantly black church.

Luter said he committed himself to encourage the people by preaching, teaching and living the Word of God.

“From a small mission church to one of the largest congregations in our city, our belief has always been that God rewards faithfulness,” Luter said.

By 1989, a second Sunday morning worship service had been added, and in 1993, a third was started.

On Aug. 29, 2005, Hurricane Katrina flooded the church buildings with nine feet of water. In January 2006, the church started worship services in New Orleans, Baton Rouge and Houston, Texas. Luter, while living in Birmingham, Ala., traveled to these cities, as well as across the United States to minister to displaced members.

In April 2008, the members of Franklin Avenue moved back into their renovated auditorium with two worship services attended by more than 4,000 members and guests. The church is now one church in three cities, with Sam Young leading the Houston church and Titus White leading the Baton Rouge Church. Because of the displaced members, the New Orleans services can be seen live over the Internet every Sunday morning.

In spite of losing half of the New Orleans congregation after Katrina, and numerous invitations to move to a new pastorate, Luter stayed with his people, and was asked to serve on the mayor’s Bring Back New Orleans Commission.

Luter said the church will always have a presence on Franklin Avenue.

“When the new facility is completed, the current location will continue to be used for activities and events such as the monthly food and clothing give away, gym activities, funerals and weddings,” he said.

Luter said despite Franklin Avenue’s growth and recognition, he wants members to continue to stay focused on what God has called them to do as a church.

“That calling is embodied in the church’s mission statement to spiritually impact our families,neighborhoods, city and state by exalting the Savior, equipping saints and evangelizing the sinner,” Luter pointed out. “It’s not about the pastor, it’s about the Master.”

“He’s inspirational, practical and passionate,” Gentry said. “After Hurricane Katrina destroyed his congregation’s church building in August of 2005, he had many opportunities to go elsewhere, but he followed his calling and his shepherd’s heart to gather the flock back together in New Orleans.”

Gentry added that Luter is expected to be elected president of the Southern Baptist Convention next summer when the annual meeting is held in his hometown of New Orleans.